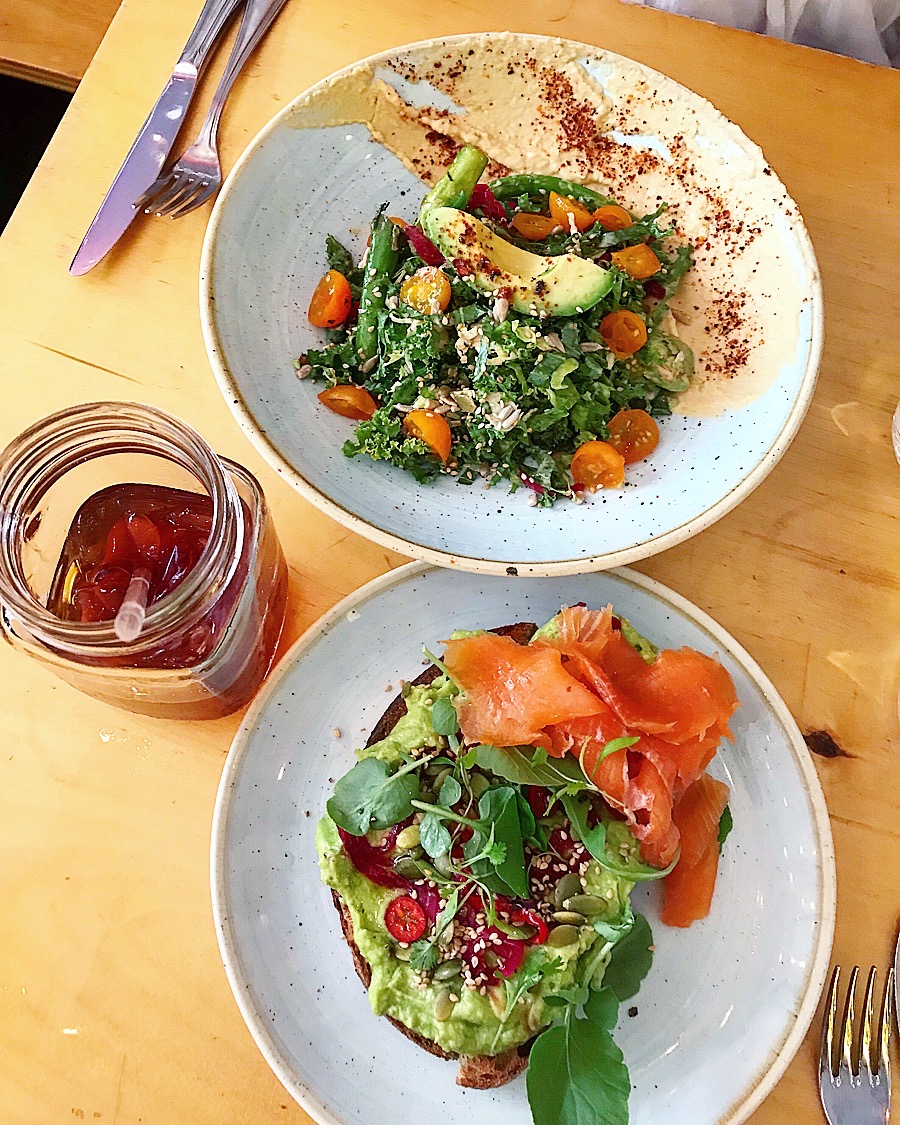 Let’s be cheesy and put it this way: Manhattan is the avocado to my toast! It’s ever-changing and always on-trend, despite the fact that it creates most of those trends.

Inevitably, this got me thinking: How well does the greatest city in the world* do the greatest brunch dish in the world*? The open-faced sandwich has worked its way up the social ladder, and is now THE thing to do. Yes, avocado toast is no longer merely something to eat. It has become something to do! Just ask the nearly 1 million posts featured on #avocadotoast.

The Internet became obsessed in 2016, and have you checked your Instagram feed lately? Because nearly three years later, it clearly hasn’t gone anywhere. So back to the question at hand: Which hotspots do avocado toast as ‘bigger and better’ as Manhattan? All I can say is good thing my appetite is big enough to tell you*… 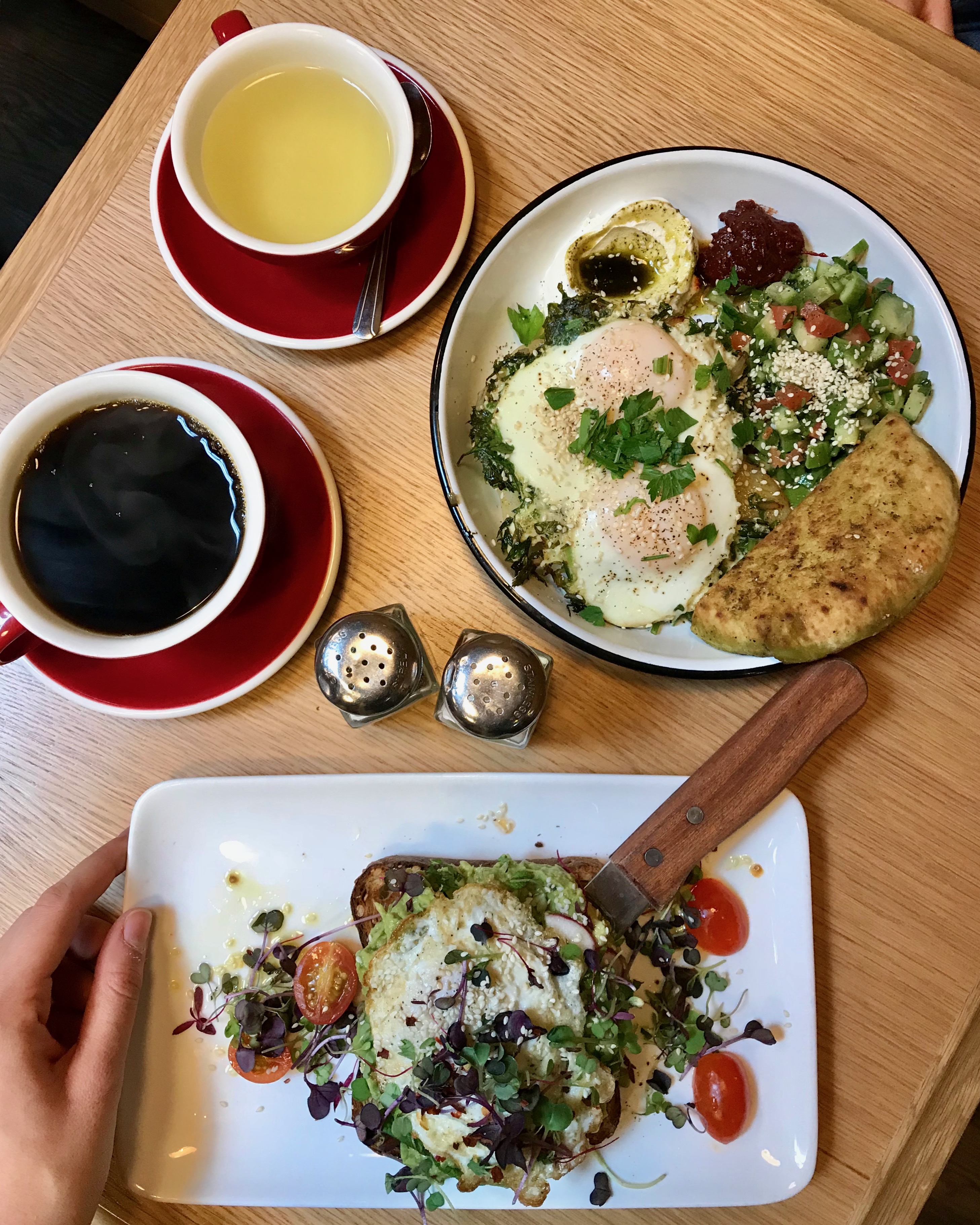 Gotan proved to be a peaceful plot amidst Midtown Manhattan. The simple and minimalist approach to the ‘Instagrammable’ cafe culture made it just as post-worthy without trying to hard. Here, everyone can be an influencer! I went with a girlfriend on a weekday and having a quiet, serene space was a relaxing change of pace. Perfect for a study break and definitely a space that aids in curating creativity.

To the part you’re actually here to read about: Feta Avocado Toast. With so many ways to dress up a piece of bread, I was a bit underwhelmed that although I skipped on the feta (#dairyfree), the cherry tomato, mint (wait, there was mint in this?!), sunflower seeds and chili flakes (ok I definitely missed these too) still didn’t pack too much of a punch. I know I like my foods quite spicy, and I’ll cut Gotan some slack because everyone’s spice palette differs, but a toast that looks like it jumped off a foodie’s Instagram feed should taste just as exciting. Welp, good thing I ate this on a girls’ brunch because I definitely piled on more Sriracha than socially acceptable on any other type of date.

But hey, $10 for avocado toast?! You can’t really beat that! And although $4 to add an egg — virtually one of the cheapest foods ever — could seem a bit off, $14 is still less than most other eggless avocado toasts out there. Plus, you can easily cozy up at the corner table with your toast and a cup of their very good coffee and knock out some equally good blog posts! 😉 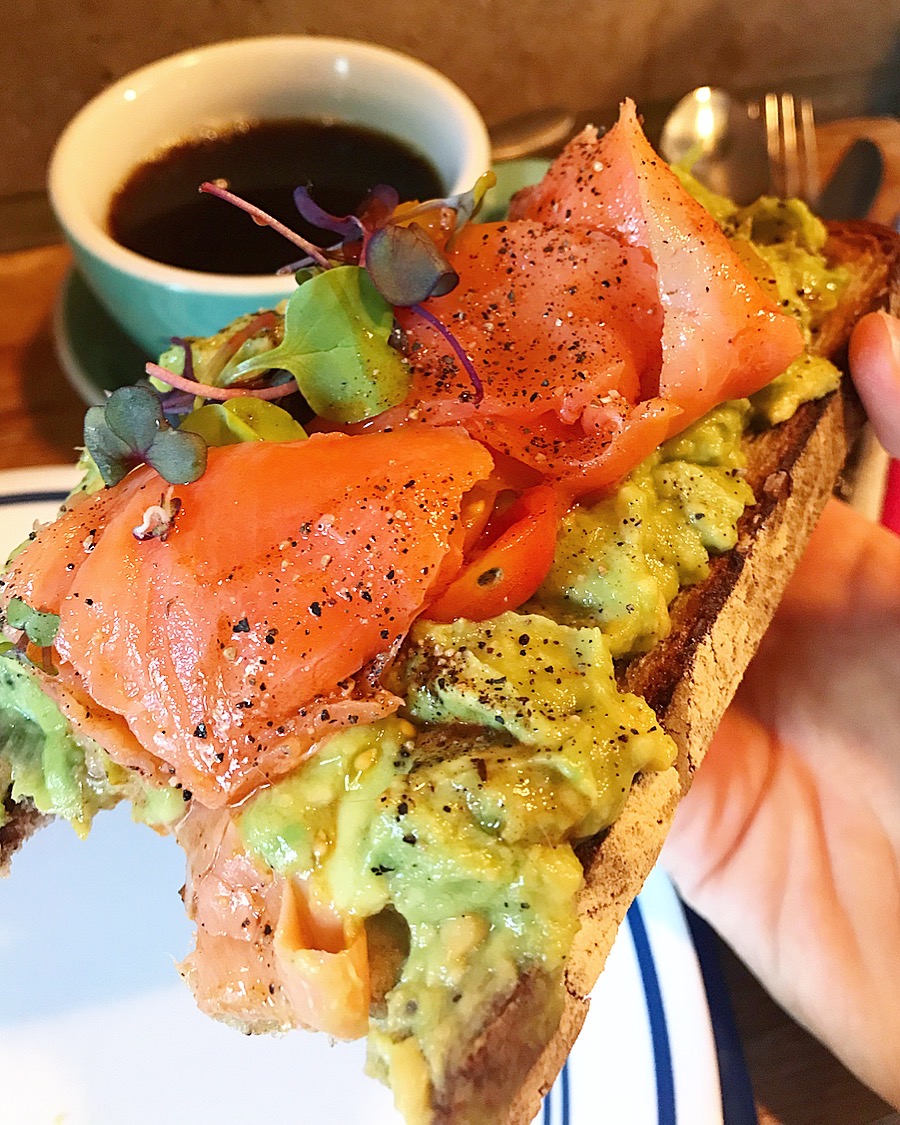 Here, the menu is as avo-centric as it gets, the people are friendly Australians with envious accents, and ‘brunch’ is a verb. One of the best parts is that there are so many locations, so you can have an excuse to brunch wherever you are! I’ve eaten here more times than I can count, have the pictures to prove it, and always get the same thing: Classic Avo Smash.

Although every dining experience is different, quality is always the same, and I can reassure you it’s high. A smashed avo spread made with tahini, lemon and lime juice, sea salt, & pepper is served either on Balthazar or Sourdough (gluten free) toast, and the rotating toppings typically include feta crumbles, cherry tomatoes, red pepper flakes and an olive oil drizzle based on the location and time of day.

The toast tastes like it’s made fresh with wholesome ingredients, and that’s because it is! The Australian-inspired cafe clearly knows what they’re doing, making the menu items worth the extra bucks; and as one of the original coveted ‘Instagrammable’ hotspots, it certainly does not disappoint! See you there for brunch! 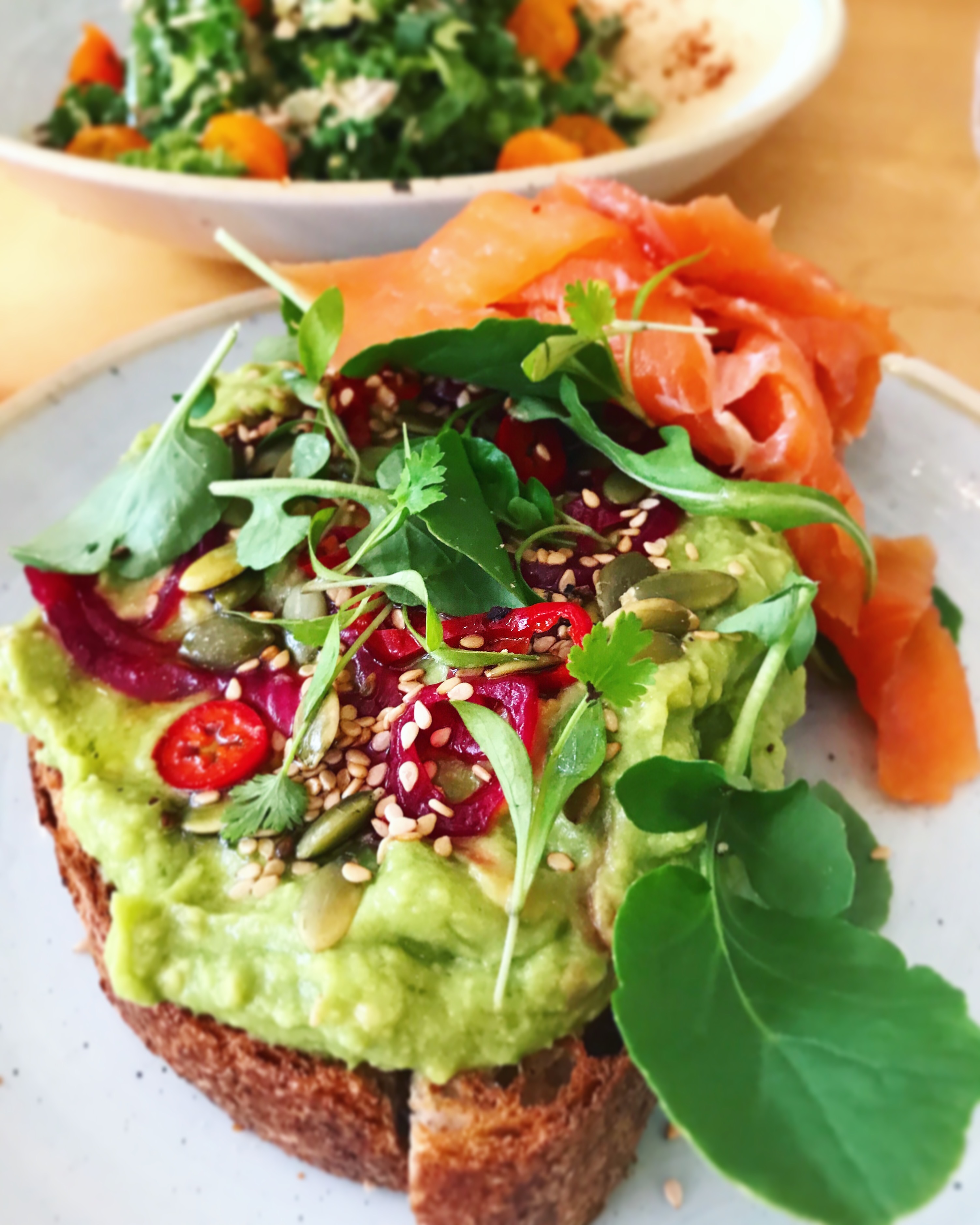 If you’ve never been to a restaurant based solely on the content of their Insta, you’re lying! Let’s be real: if your food isn’t as physically attractive as the decor, the restaurant may as well just surrender to the ‘Gram game now. With that being said, at age 15, Two Hands was the first hot-spot I ever discovered via modern-day ‘word of mouth’ — Instagram — and dragged my mother to for the coveted ‘New Yorker Brunch’ post before I was actually a brunching New Yorker. It’s safe to say their toast holds a special place in my foodie heart; and while their $13 Smashed Avocado is the priciest of the three, it’s also the best! You get what you pay for!

If Bluestone Lane wasn’t enough, Two Hands is extra proof that Aussies really know how to hang.On gluten free sourdough every time, you can always expect to get that perfect post because even the plates at Two Hands have style. I swear they have a food decor specialist in the kitchen because, well, just take a glance at the pic….With a toast this thick and piled this high with avocado, pickled shallots, cilantro, pipits, sesame, chili, and lime, the importance of taste, color, and texture is evidently understood. Two thumbs up, Two Hands! 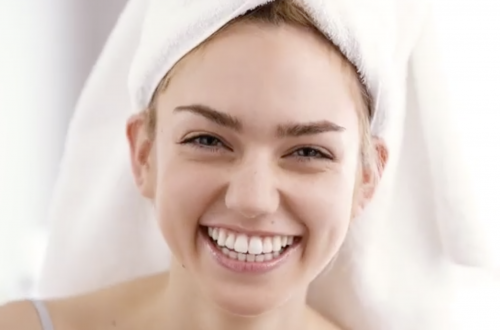 How to Get Ready in 20 Minutes (or Less) 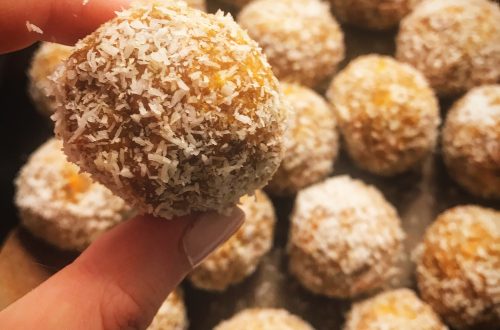 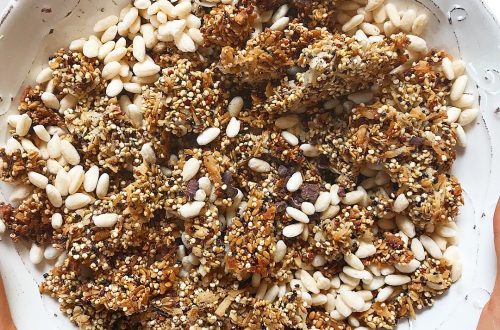 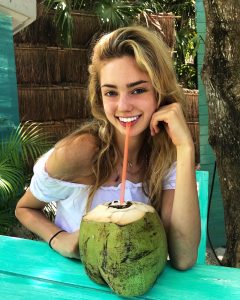 Hi! Welcome to my blog!

I am passionate about leading a healthy and positive lifestyle, and hope to inspire others by sharing some of my favorite recipes & fitness tips. Let’s be our happiest & healthiest selves together!

☀️ Especially in the summer, I’ll use any ex

❤️ LOVE a simple dinner that looks & sounds a

😌🇺🇸 Hope everyone had a nice, long MDW we


Error: API requests are being delayed for this account. New posts will not be retrieved.